Poetic Justice - a true tale from my days at sea 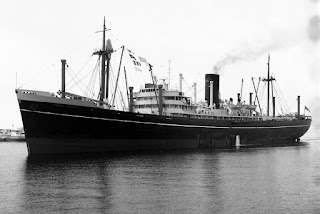 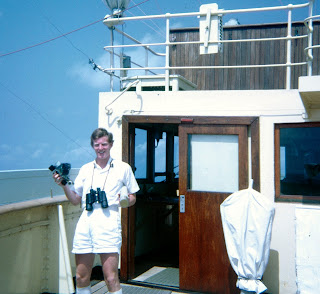 I have just posted a short story entitled “Poetic Justice” which is another true tale from my early days at sea.

It was early December 1972 and I was Senior Cadet in my second ship, the P&O cargo liner Pando Strait (formerly Sunda.) Built by John Brown & Co on the Clyde in 1952, she was the classic three island, five hatch, British cargo ship of a pattern that would have been as familiar to mariners in the late 19th century as those in the mid 20th. With an overall length of 159 metres, a beam of 21 metres and a deadweight of 10,500 tones she was powered by a three stage Parsons steam turbine which propelled her at 18.5 knots. She had wooden panelled passenger accommodation for 12 passengers and more spartan, painted steel, accommodation for her multinational crew of 104 that included British officers, Chinese fitters, Indian seamen, Pakistani greasers and Goanese cooks and stewards.

As Pando Strait was carrying no Fourth Officer on that voyage, and it was my second trip in her, the Master (Captain Mortleman-Lewis) bestowed on me the very much welcomed opportunity of standing the 8-12 watch under the supervision of the Chief Officer (Anthony Prideaux.) In practise this meant standing it on my own, unless the Chief Officer felt that the presence of heavy traffic or other navigational exigency required his presence.

Captain Mortleman-Lewis was a wonderful older gentleman who had sailed in Arctic Convoys during the Second World War, and had survived a sinking, and immersion in the icy cold waters off North Cape.