The Best of Athens 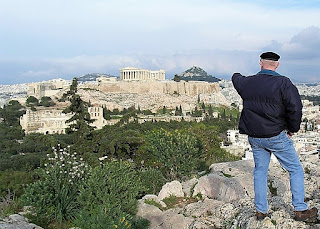 ‘I don’t know why you bother with all those islands,’ I tell my Greek friends, with a mischievous smile, ‘The best of Greece is in Athens. History, culture, beaches, restaurants, nightlife, shopping, superb coastal scenery and mountains. Why would you want to go anywhere else?’
It works for me. But in deference to all those who laugh at my dismissal of the, reportedly, exquisite delights of the Cyclades, Dodecanese and other island chains of the Aegean and Ionian Seas, I offer the following defence.
A biased defence, admittedly, as I love Athens. Despite once (and only once) being charged ten times the normal fare by an airport cab driver at the old airport, before I had fully grasped the drachma exchange rate. Despite once being sworn at in Monastiraki square by an anti-American local, although I might feel differently if I were American. And despite no longer being able to demonstrate to my own satisfaction the genius of Phidias and his architects who designed and built the Parthenon.


Yes, laughable as it may be to those blinded by its ugly, post war, concrete, urban sprawl, I love Athens. Even if it is hot, dusty and crowded in the summer. And my ten best reasons why are contained in the new essay posted here.