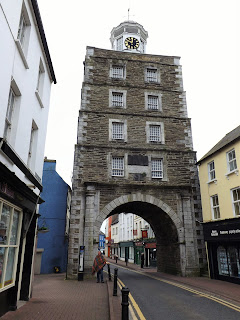 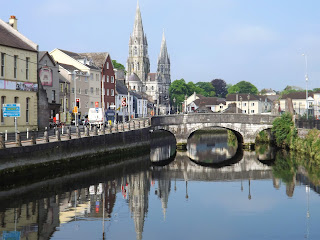 As my name implies, I have family connections with Ireland. It appears that my Third Great  Grandfather, Thomas Regan migrated from Ireland early in the 19th century, well before the Great Famine, but as part of the movement of labour required to build the canals, railways and infrastructure of early industrial revolution Britain. His son’s marriage certificate records his profession as “Mason,” so he may have had greater building skills than wielding a pick and shovel.

There was, however, a well-known Regan family of stonemasons living in north-eastern County Cork from the 18th century onwards. Their origins lie in a small stone cottage in Carkerbeg, near Doneraile, built by the stonemason family in the 1700s. Stonemason Regans were also located in two adjacent villages, Park North and Park South. There is no record currently available that directly links Thomas Regan to this family, but the specificity of the occupation at least hints at the possibility.

My lovely wife’s family also has connections to County Cork. In 1837 her Third Great Grandfather, a domestic servant named William Sampson, was transported from Cork for stealing a pair of shoes. Not unusual for the times, except that William was of African origin. The Barbados birth records show a William Sampson being born to freed slave, Philly Ann Sampson, in 1817. The names and dates are strong evidence of a connection, but how and why William travelled to Ireland remains a mystery.

In 2016, we had the pleasure of visiting Cork (bottom photo) and Youghall, in the courthouse of which (top photo) William was sentenced to transportation. Cork is a lovely city and provides part of the setting for my latest story The Souper. West Cork was one of the areas worst affected by the Great Famine and Skibereen, with its burial pit, may stand for all the horrors of the dreadful event.