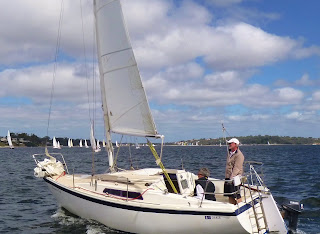 Welcome to my blog. A chance for me to explore and share something of the wonderful world of writing, reading and travelling.

Thus far I have been more of a reader and a traveller than a writer. Although that’s not strictly true. Over the course of my working career I must have written hundreds of thousands of words: marketing blurbs, brochures, flyers, tenders, specifications, contracts, letters (from love to letting go) and, latterly, emails; and some of it was quite creative!

But now I get the chance to write about the things that interest me. Places I've visited, books I've read and tales that I've wanted to tell. Some imaginary and some based (more or less) in fact - although one never lets the truth get in the way of a good story!

They say that everyone has a least one novel in them. I’d like to think to so and I'm working on mine. A ripping yarn about an ageing tramp steamer facing the perils of the China Sea and the Western Pacific Ocean on the eve of World War Two. It’s hard-bitten and less than scrupulous skipper has to pilot the ship and her piratical crew of misfits, through encounters with gun runners, typhoons, drug smugglers, Nazi U-boats, Chinese Warlords and Soviet spies with little more than his fists and his wits to keep them afloat. Sounds like fun, and I’ll post some extracts as the work progresses.

If you read something you like then I’d be happy to hear what you think. And if you don’t like something – well, constructive criticism is always useful to an aspiring writer.


Thank you for reading and for allowing me to share something of the sights, sounds and smells of this, our wonderful and common, journey.