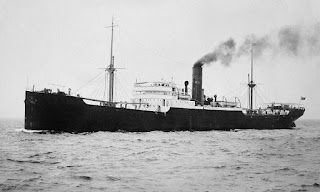 December, 1941. Having survived the Atlantic convoys, Oriental Venture, under the command of hard-bitten and war-weary skipper Bill Rowden, is bound for Bangkok. The Japanese are locked in brutal combat in China with the Nationalist government and the communists but, elsewhere, the Far East enjoys a fragile peace. With orders to load a cargo of rice for Singapore, Rowden arrives in a city awash with intrigue in which Allied and Axis spies jockey to discover one another’s secrets.

The new book, Oriental Valiant, is scheduled for publication in December. The first chapter can be read here.