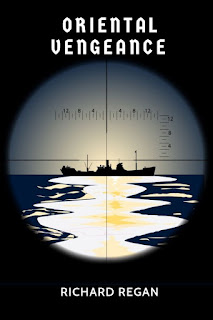 Oriental Vengeance, my new novel continuing the adventures of Bill Rowden and his tramp steamer Oriental Venture, is now available from Amazon in print and Kindle versions.

Many thanks for all the support and encouragement from those who read Oriental Vagabonds and I hope you find the next installment equally entertaining.

Available: From Amazon in print and Kindle versions.

November 1934. Britain is struggling from the depths of the Great Depression and Chief Mate Bill Rowden is in Barry, South Wales, unemployed and broke. Having beaten and robbed a vicious pimp in a fight over a woman, Rowden is desperate for a ship and signs aboard an ancient, rust-bucket tramp steamer bound for the Mediterranean. Discovering he has joined a hell-ship; Rowden uncovers a web of crime and brutality that severely tests his seamanship, courage and survival instincts.

Six years later, November 1940. Britain stands alone against the Nazis and Captain Bill Rowden is in Liverpool preparing Oriental Venture to join an outbound convoy. The blitz is at its height, the Royal Navy is stretched to the limit and Hitler’s U-boats are enjoying their ‘Happy Time’.

Steaming into the depths of a North Atlantic winter, the convoy runs the gauntlet of bombers, wolf packs and foul weather. When the ships are ordered to disperse and proceed unprotected, Rowden heads for Freetown, trusting to the vast empty reaches of the Atlantic for concealment. But old enemies and ghosts from the past are back to haunt him. With safety seemingly within their grasp, Rowden and his crew discover just how cruel the sea can be.

‘Oriental Vengeance’ continues the voyages of Bill Rowden and the tramp steamer ‘Oriental Venture’. They first appeared in ‘Oriental Vagabonds’ – ‘the rollicking, thrill-a-minute adventure story of courageous-but-flawed tramp steamer Captain William “Bill” Rowden and the rag-tag crew of the ‘Oriental Venture’ as they ply their often-dodgy cargo trade through the dangerous and lawless Asia Pacific region in the looming shadow of World War II. Featuring wonderfully chiselled characters you’ll remember for a lifetime and an edgy, twisted plot, it’s a ripper swashbuckling adventure on the high seas – so, gulp down those seasick pills and buckle in for an exhilarating ride.’ -- PETER RAMSHAW, Founder and CEO of eText Press Publishing and the author of "Shepherd's Crook" (aka Pistol) and "Parallax" (written as Ric Shaw). 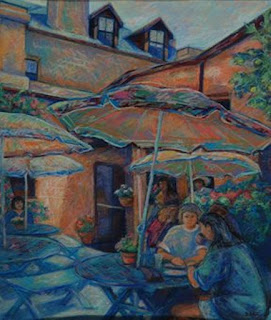