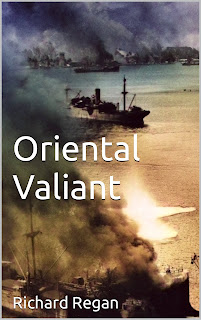 Captain Rowden has weighed anchor for his latest adventure.

It is December, 1941. Having survived the Atlantic convoys, Oriental Venture, under the command of hard-bitten and war-weary skipper Bill Rowden, is bound for Bangkok. The Japanese are locked in brutal combat in China with the Nationalist government and the communists but, elsewhere, the Far East enjoys a fragile peace. With orders to load a cargo of rice for Singapore, Rowden arrives in a city awash with intrigue in which Allied and Axis spies jockey to discover one another’s secrets.