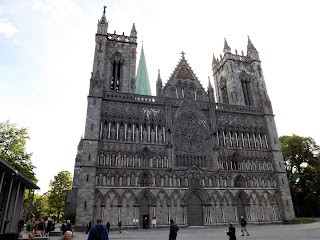 At Stiklestad Christian King Olav fell.
Slain by heathen Norse, his martyred bloodied corpse
Was buried in the Nid’s preserving sands.
From which, a twelvemonth later, there emerged
A Saint, rose-sweet, hair and nails still growing
From uncorrupted hands.

Most northerly cathedral, unfinished it remains.
Perched atop The Patriachs and Kings, the patient mason waits
Last stone in hand, ears cocked for judgement’s knell.
Then, place the missing piece; complete the carver’s art,
While flooding fjord saints and spire engulf,
And doom tolls on its bell. 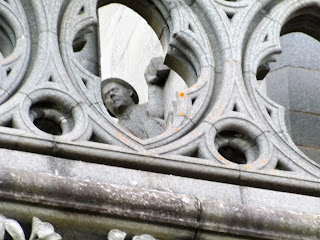